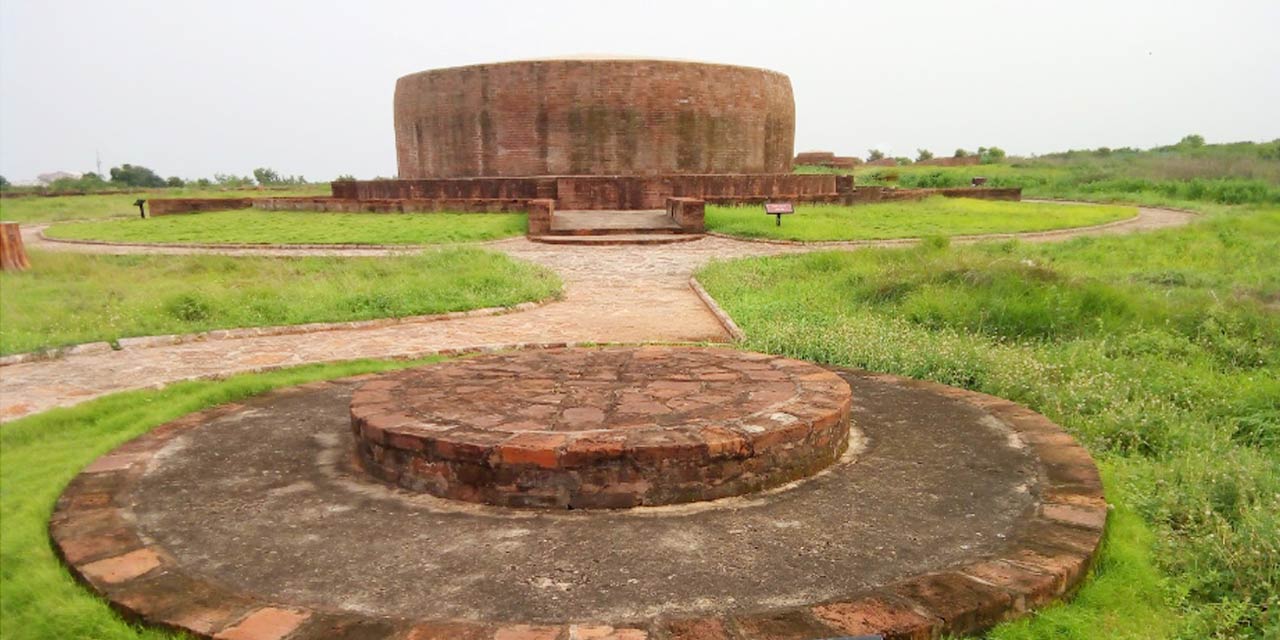 Buddhism is one of the oldest religions in the world, originating about a thousand years ago. Lord Buddha, the founder of the religion, believed in peace and prosperity which were essentially the principles of the religion. Birthing in India, the remnants of the religion’s glorious past still exists and one of these is the Bavikonda Ancient Buddhist Monastery.

The Buddhist monasteries of India were evacuated due to Muslim invasions, the precise date of which is unknown, though this was confirmed based on archaeological studies held by the British in 1906. The ancient Bavikonda Buddhist Monastery was built around the 3rd century BCE. According to the excavations done at the site, there were several items which helped in calculating the age of the complex.

Out of the remains that were found here, the most important one is an urn that contains a piece of bone which is supposed to be a part of Lord Buddha. There were several inscriptions found all around the complex. Pots, caskets, tiles and coins were also recovered from the site by the Archaeological Department.

Now the area is under the Indian National Trust for Art and Cultural Heritage and they ensure better protection of such Buddhist sites. Bavikonda along with Thotlakonda, Pavuralakonda and Bojjannakonda have been declared as UNESCO heritage sites.

The Bavikonda Buddhist Monastery is an old and sacred site in the Indian subcontinent. The name of the place refers to the numerous wells that can be found all around the area. The complex is spread over a large area, consisting of a few hills where you can find quite a few stupas.

Different shrines, temples, galleries can also be found around the complex. There are a total of 26 structures that can be found in Bavikonda. Based on their architectural style we can determine that the complex was built over three different stages. Along with the remains of kitchens and stores, lies the Bavikonda stupa which is also known as the Mahastupa. It is a shrine for Buddhists, which is round in shape and till this day remains in very good condition.

The complex also houses the historic Dagoba. This is a kind of stupa that is associated with earthly remains of Lord Buddha. One of the caves that was carved out of a rock, houses a large statue of Buddha himself. A stairway leads down to the spot where the remains have been found. There were a total of 24 pillars and rooms inside the cave.

Things to Do at Bavikonda

There are quite a few things you can do around Bavikonda. The whole locality is full of different tourist attractions, some of them are listed below:

● The Bavikonda to Kulchukki is an absolutely beautiful trek, located near the Mullodi Hills. The view of the stupas around you, the heritage walk and the peak where the trail ends at a ridge makes the trekking experience fun and worth it.

● Make sure you also visit the nearby Rushikonda beach, which is a beautiful place to stay too, if you want to be away from the bustle of the city.

● Thotlakonda is right next to the ancient ruins of the Bavikonda Ancient Buddhist Monastery. This area is also full of Buddhist ruins, but the real gem is the Thotlakonda Beach, which gives a beautiful view of the sea.

● If you’re looking for more of a shopping, eating, playing and dining trip then make sure you visit the Shilparamam Jatara. The place is full of playgrounds, shopping centers and auditoriums.

● If you are interested in the wildlife of the area, visit the Kambalakonda Wildlife Sanctuary, which is barely 20 kilometers away from Bavikonda. You may take the jungle safari here and if you’re lucky you can sight the rare Indian white tiger here. They also have a zoo, where you can go and have a look at the animals there.

There is no entry fee to visit Bavikonda Ancient Buddhist Monastery, you can visit it for free. The monuments and the exhibitions are best visited between 9 a.m. and 5 p.m. since you can read and observe the place in its full glory.

Bavikonda which is next to Visakhapatnam is a place full of tourist spots, being one of the most beautiful cities on the east coast of India. Some of the most important spots around the city are listed below:

● Borra Caves: A natural and majestic formation of stalactites and stalagmites forming surprising shapes along the walls.

● INS Kurusura Submarine Museum: A museum that is built inside a real submarine that served during the Indo-Pak war is an exciting trip to make.

● Kailasagiri: A small hilly region that has been turned into a park and now has two huge statues of Lord Shiva and Goddess Parvati. The park also has toy trains, cable cars and other children’s rides.

● Beaches: There are several beaches in the area, which ranges in variety from the Ramakrishna Beach which has the Submarine museum, a shopping mall, a movie theater, premium hotels while on the other hand there’s the Yarada beach where you won’t see a single building or person in sight.

● Araku Valley: A hill station next to the sea where you can visit the Tribal Museum in the area, or the Botanical Gardens. You may also visit the nearby Tatiguda Waterfall.

● Dolphin’s Nose: A name given to a hill by the coast of the sea near the city which is famous for a lighthouse and the view of the ships passing by.

Location and How to Reach Bavikonda Ancient Buddhist Monastery

Bavikonda is located in the village of Madhurawada in the Bheemili Mandal, which is about 35 kilometers away from the city of Visakhapatnam. To get to Bavikonda, you need to reach Visakhapatnam. The common ways of reaching the Bavikonda Ancient Monastery are the following:

1. By Air: Take a flight to the Vishakapatnam Airport, and hire a cab from top car rental companies in Vizag to Bavikonda, it’s around an hour away.

3. By Road: Bavikonda Ancient Buddhist Monastery is well connected by road and can be easily reached by National Highway.

Bavikonda Ancient Buddhist Monastery is one of the best places for a walk. Strolling along the stupas of the complex takes you back to the days of Bavikonda's glory. The Buddhist monastery that was established in the 3rd century BCE now only has endless fields full of stupas in its place.

The city of Vizag offers plenty of sightseeing options and we at Vizag Tourism, a division of Holidays DNA make sure you have a great time exploring them. We offer Vizag tour packages that includes stay and visit to important sightseeing places of Vizag. You can choose the package depending on your budget and duration of stay or even ask for customisation of the packages. For more details, please fill the Contact Us form.